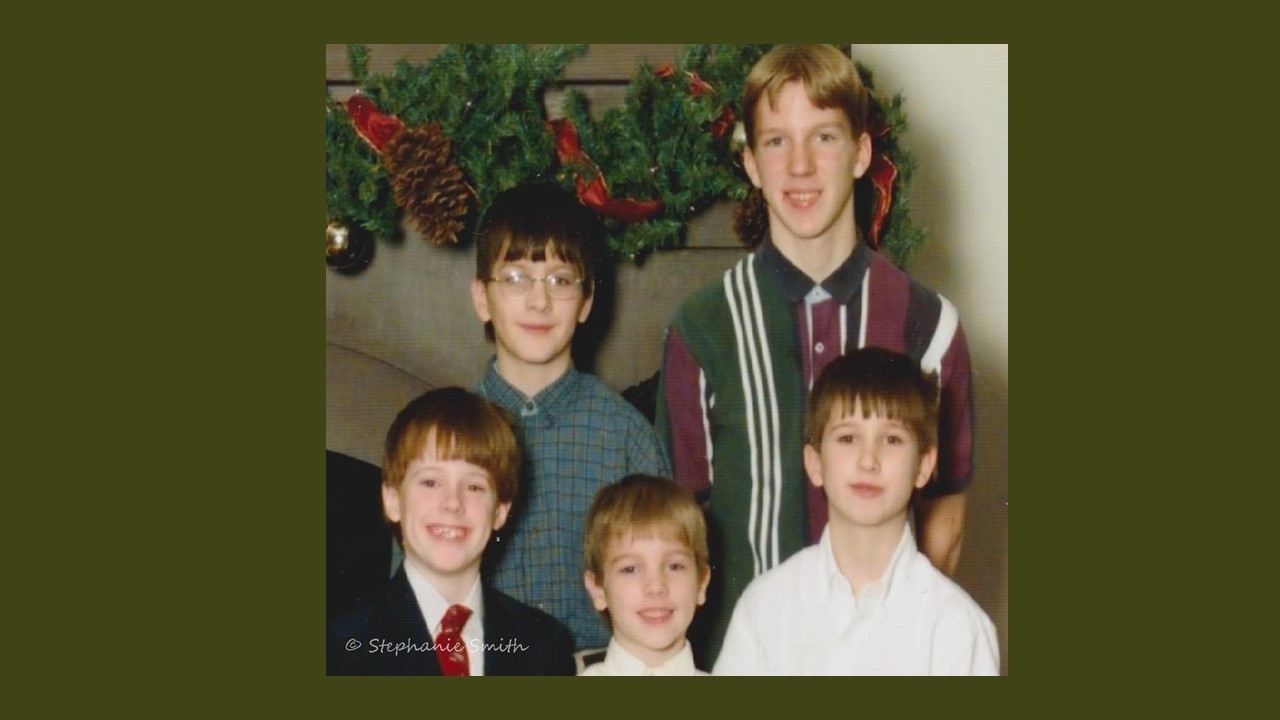 They perched at the top of the stairs, eyes glowing and hands twitching. It was the one day of the year they couldn’t slide, hop, scoot, jump, trek, or bounce down the stairs until the signal was given. Excited whispers accompanied bouncing, eager, bare feet. “Is it time yet?” echoed through the stairwell, followed by “Are you ready?”

Is a parent ever really “ready” for Christmas morning?

Many years for me the holiday was more, “Ready or not, here we come!”, than “All is completely prepared. Come on down!” Long hours into wee morning darkness assembling toys with instructions written by employees who’d never had to follow them. Late nights waiting for stimulated sons to succumb to sleep, providing the opportunity to slip downstairs and set out their stuffed stockings. “Ready?” Are you kidding me!

Yet the clock ticked on, unphased, unresponsive, and unanswerable to any protest of its refusal to accommodate my plans. Time. Just. Is.

I learned to let go of the images of a perfectly laid out breakfast table brimming with freshly baked homemade cinnamon rolls. My offspring preferred those which came from foil-wrapped cardboard tubes with its bonus ¼ cup of white glaze in a short plastic tub. Go figure. I gave up on the idea of sugar-rimmed glasses filled with chilled orange juice standing watch over sparkling china plates.

My five sons, however, we always “ready” on Christmas morning. The same kiddos who burrowed deeper under the covers when they were greeted with “It’s time to rise & shine” the other 364 days of the year sprang into alertness on Christmas day without any assistance from me or an alarm clock. Those who plodded half-dressed into the kitchen the remainder of the year, fetching a bowl and spoon, cereal box and milk, sleep refusing to let go of their eyelids, sprung into the morning like Tigger twirling with Pooh’s honey jar.

They were more than ready.

I wonder whether Elizabeth was “ready” when her husband came home after a particularly trying day at work – as a priest in the temple – and couldn’t talk. Had he been a chatterbox? Had he already been the “silent type” and now she was going to have to bear the loss of what few words he normally did say? The Bible isn’t clear whether Zechariah told her about the angelic visit or not. It’s easy to assume he would have, but what if he still wasn’t convinced it was true that they were going to have a son, and he didn’t want to get her hopes up?

Was Elizabeth “ready” when her body began to behave oddly? Did waves of nausea sweep over her? Did she grow easily fatigued? How soon did her belly begin to protrude?

We only know she hid for five months. What?! Someone who’d endured the scorn, contempt, pity, mockery, sadness, condolences, humiliation, and whispers of “God’s judgment” for decades because of infertility hid her pregnancy?

Maybe she wasn’t ready for the reactions of others.

Maybe she wasn’t convinced this was a child growing in her – perhaps a tumor?

Maybe she wasn’t confident the baby would make it full-term.

Maybe she didn’t question any of these things and was 100% assured this child was God’s divine biological intervention and wasn’t ready to share this precious experience with anyone else.

Her husband, Zechariah, hadn’t been ready when the angel showed up in his ordinary life. Yes, going into the temple to offer incense wasn’t a daily occurrence, but being a priest was his job.

Had the years of “No” being the answer to his and Elizabeth’s prayers for a child dulled his heart to be ready to receive good news?

Zechariah demonstrates you can be a devoted follower of Christ and yet not live in a state of readiness.

By the time John was born, however, both Zechariah and Elizabeth were ready. Elizabeth, in a serious breach of conduct acceptable for females, announced the baby’s name. She was ready to speak up, even though the response was to chastise her, followed by ignoring her.

The measure of speaking up isn’t the response of others; it’s the rightness for oneself.

The baby-name authorities turned to her still mute husband. He’d dismiss his foolish wife and give them the infant’s real name. This time, however, he was ready. He wrote, “His name is John.” I wonder if Elizabeth gave them an “I told you so” look.

It’s easy for people who have proclaimed Christ as Savior to be ready for his return.

But what about being “ready” for his showing up in your life in a manner unique and specific to you?

What if God shows up, answering a prayer decades of “no” has scratched off your list?

What if in the midst of your daily routine a divine encounter occurs changing the trajectory of your life? 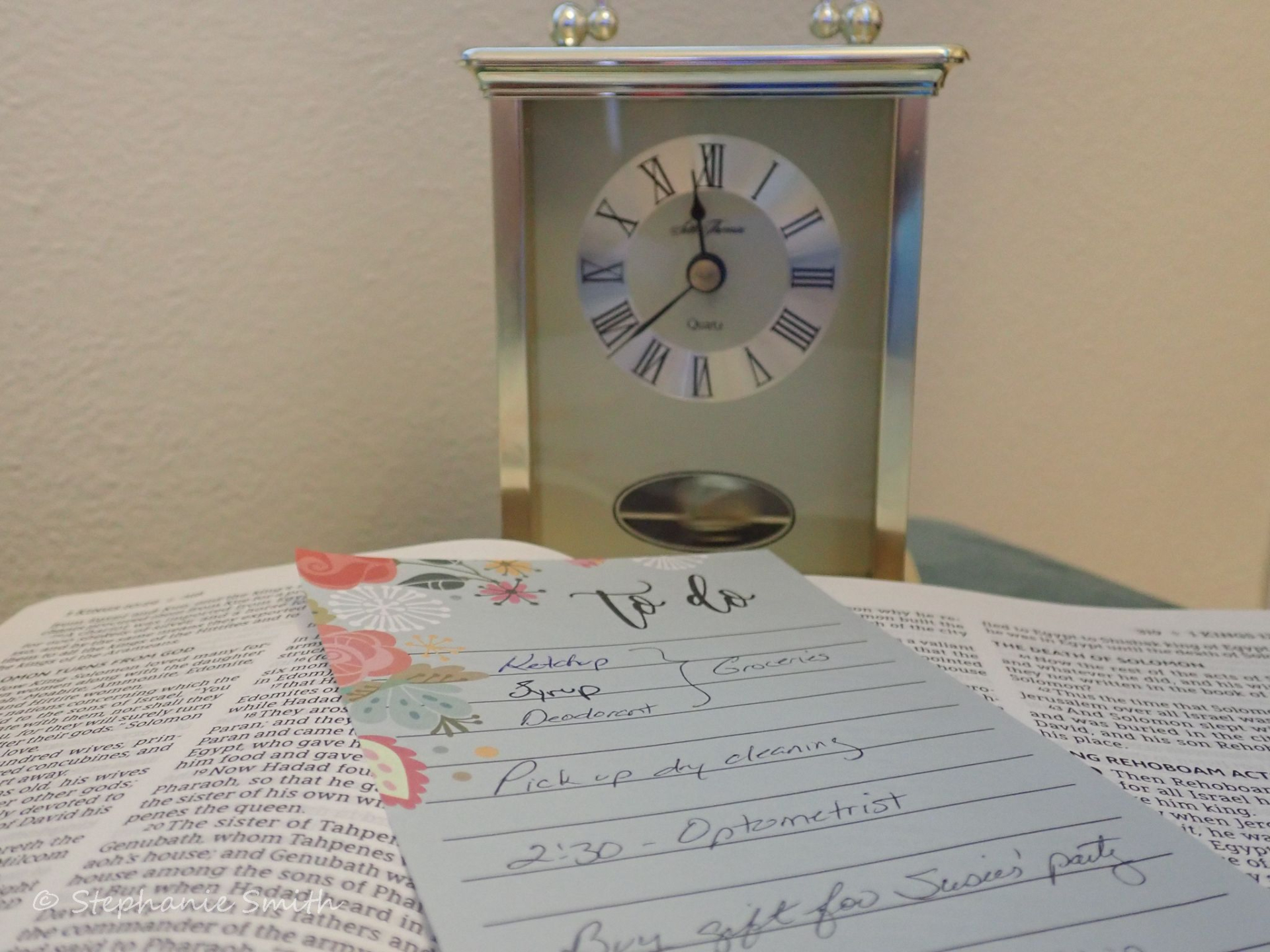