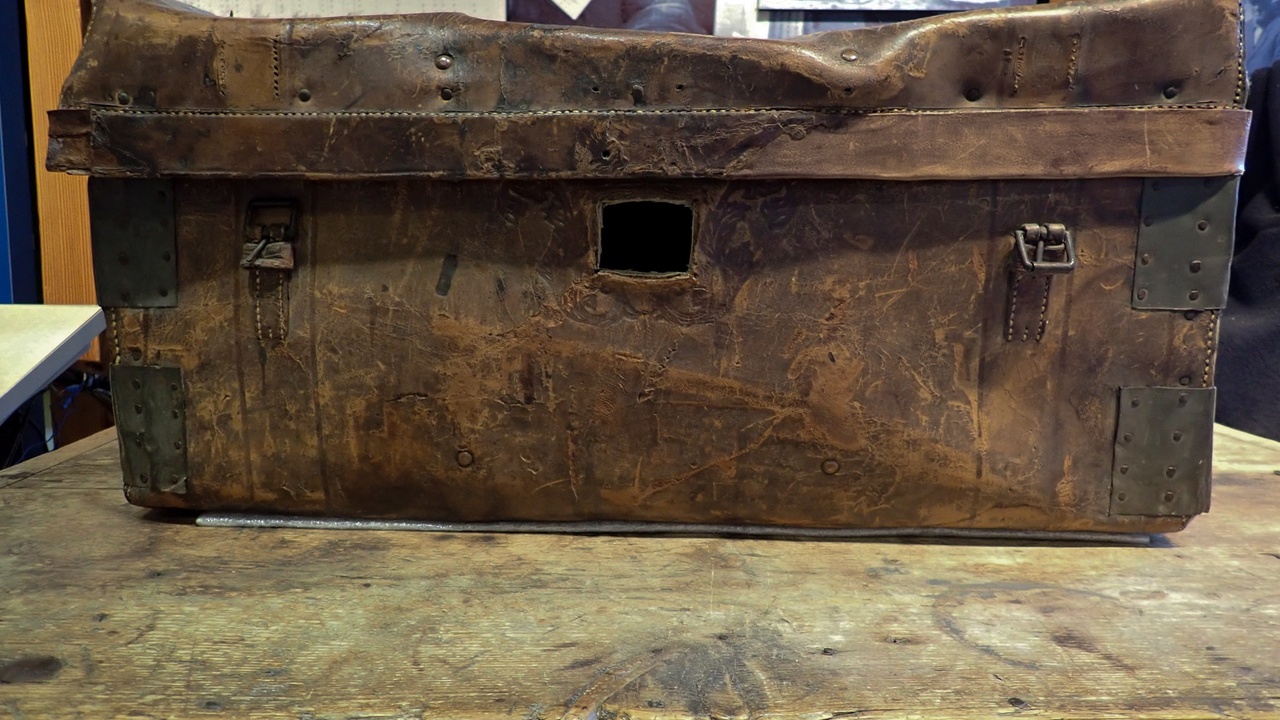 When I ask myself, "Stephanie, how much of your identity is really tied to your address and your belongings?", I squirm at the answer.

Faith in the abstract is wonderful; faith applied is often uncomfortable, if not downright excruciating, especially when it comes to "stuff."

If you’ve seen the movie, National Treasure, you may be interested in the Beale Ciphers. The story goes that Thomas Jefferson Beale (not the writer of the Declaration of Independence) discovered a huge treasure of gold, silver, and jewels in the U.S. Southwest in the early 1800’s. He carted this chest home to Virginia, burying it somewhere near Montvale. A few years later he left an innkeeper, Robert Morris, a locked chest with instructions to open it in ten years, and then headed West. Twenty-three years later, after Beale hadn’t returned, the chest was opened, and Morris found notes and three pages of numbers.

The second page was later decoded by a Mr. Ward, listing the contents of the treasure. And yes, the Declaration of Independence was used as a cipher key. However, to this day no one has been able to cipher page 1, giving the treasure’s location, or page 3, listing the heirs the treasure was to go to.

Treasure hunters and cryptologists around the world still work on trying to solve the mystery of the precious metals and gems, with its current estimated value over $90 million.

What’s In Your Treasure Chest?

What became of Mr. Beale? No one knows. What became of his treasure? No one knows…yet. Jesus had something to say about treasure: “Do not lay up for yourselves treasures on earth, where moth and rust destroy and where thieves break in and steal, but lay up for yourselves treasures in heaven, where neither moth nor rust destroys and where thieves do not break in and steal. For where your treasure is, there your heart will be also.” (Matthew 6:19-20 ESV)

Our property reveals our priorities and develops our character. While you may not have treasure buried in your backyard, you still own or have use of property. Clothing, an automobile, a house -- when these are valued and treated with respect, we honor God by showing our gratitude for what we’ve been provided.

Loving God with all our heart, soul, mind, and strength isn’t just a touchy-feely expression of emotions. It’s taking care of our belongings without spending our lives in pursuit of them.

One man came to Jesus, asking how he could receive eternal life. Matthew 19:21 (ESV) records Jesus’ answer: “If you would be perfect, go, sell what you possess and give to the poor, and you will have treasure in heaven; and come, follow me.” Wow! Does this mean gaining entrance into heaven requires having a massive “It’s all gotta’ go” garage sale and donating the proceeds to charity? Not exactly.

Not long after Christ’s ascension, the church is growing exponentially! People are so excited about loving God with their whole heart that many sell property and possessions and bring the proceeds to the disciples to distribute to the poor. It’s a good pity party! No doubt the sellers were getting attention and appreciation.

A couple named Ananias and Sapphira wanted to be in on the action. They sold a piece of property and came, individually, to the disciples with the revenue. They’re going to be benefactors too! Except…they didn’t bring all the proceeds. Only some. But this wasn’t the problem! Remember, money reveals what matters. The couple wanted praise.

Peter said, ““Ananias, why has Satan filled your heart to lie to the Holy Spirit and to keep back for yourself part of the proceeds of the land? While it remained unsold, did it not remain your own? And after it was sold, was it not at your disposal?” (Acts 5:3-4 ESV) In other words, “Hey, dude, God never required you to sell your property. And if you wanted to keep part of the proceeds, that was fine. Lying, however, is not.” And wham, Ananias falls over – dead.

About three hours later, Sapphira arrives, unaware she’s now a widow. Peter asks if the sales price of the land was what Ananias had reported, and she chirps, “Sure is!” Peter’s horrified she’s in on this lie. Down she goes, just in time for the young men who probably hadn’t planned to be on grave digging duty that day, to return. “Well, fella’s, looks like we got another one.” And off they went, burying her next to her husband. Acts 5:11 (ESV) concludes, “And great fear came upon the whole church and upon all who heard of these things.” You think?!

God’s more concerned about whether our stuff has us than about the stuff we have. Selling all our possessions or donating proceeds isn’t a universal command. What is a command is that we honor God with everything! And this includes property we own or use.

The drop-dead duo in Acts used property as a means of self-promotion. The rich young man Jesus invited to become a follower, on the condition he divest himself of his possessions, demonstrated his identity was tied to his wealth. The antidote to these examples of self-first isn’t being careless with resources or being afraid of having them. Instead, it’s being utterly honest about the place belongings have in our lives.

The human tendency to equate wealth with worth has remained constant throughout history. Poverty, on the other hand, has swung like a pendulum from being presented as evidence of piety or proof of worthlessness. How a person truly loves God with all their “heart, soul, mind, and strength” as a property owner isn’t summarized in Scriptural commands like, “You shall only own 14 sheep." Rather, this is a matter of the heart. Wise people live aware the Bible’s dominant warnings are about desiring property too much and being wasteful when we have it, rather than encouraging us to pursue it more.

Honesty compels me to admit that if I were called today to "Go and sell all you have," my initial response wouldn't be the "Hallelujah Chorus." There's a reason the first great calling is a command; it's work!