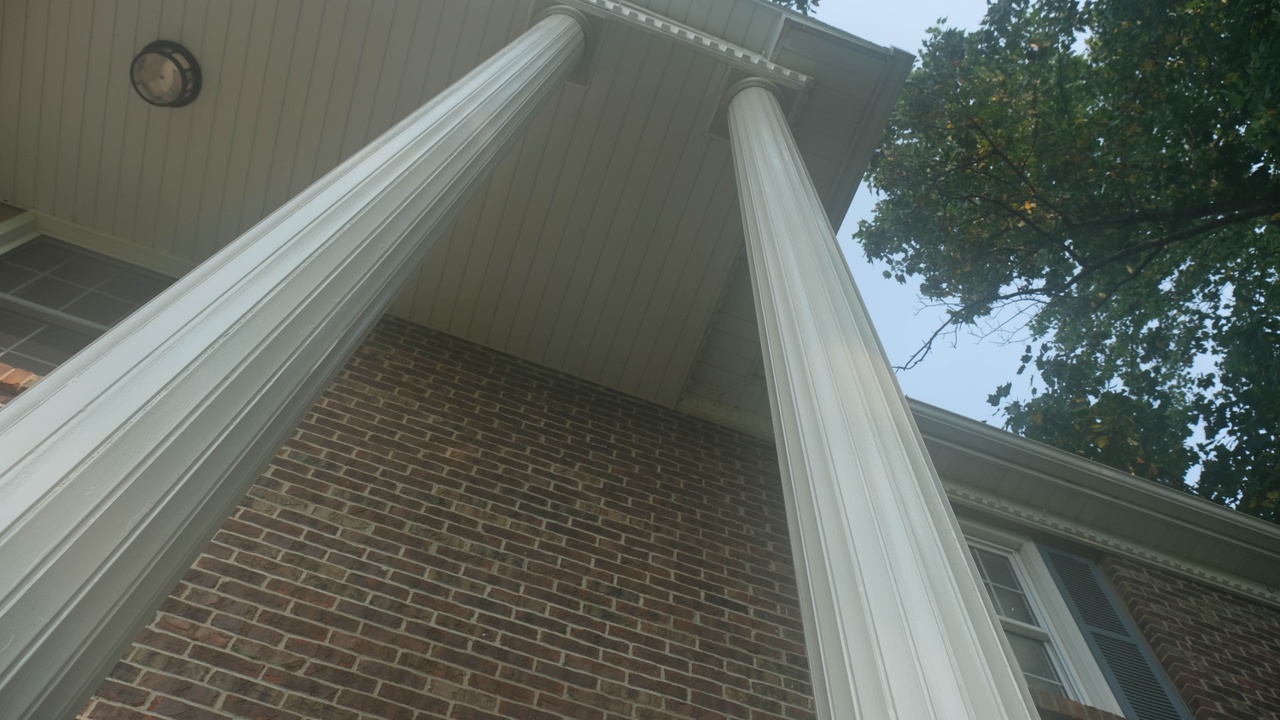 I’m not sure if it was grit or stupidity my son was learning from my endeavor.

As he resides in a different state and isn’t handy to ask, I’ll go ahead and choose the first option. It was November, and Christmas was only weeks away. In the Midwest, it’s best to get Christmas lights up early, even if you don’t turn them on until the appropriate time – which is, of course, the day after Thanksgiving. Wrestling with the impertinent strands on a brisk fall day is taxing enough. Adding ladders angry about being drug out into the cold increases the odds a person will end up on their backside at least once. The stress, like interest, compounds when hands are buried inside thick gloves while chunky coats and sassy scarves argue about who’ll come undone first.

Thus, it happened I was resolute to avoid the formidable foe of winter and install the coming season’s must-have petite lanterns-on-a-wire on the affable autumn day presented. But there was a problem. Not of meteorological origins but of the sympathetic nervous system. The white electrical wires had to be hung 17’ from the ground. At least. My brain believed – and still does – this was a wonderful height for birds, butterflies, and bees. Like cold lumpy oatmeal or hot squishy tomatoes, however, this distance did not agree with me.

Yet, like the pushmi-pullyu of Dr. Dolittle’s universe, I was torn between two directions. What would Christmas be without the twinkle of dancing bulbs overcoming the darkness? Yet how could I conquer my fear of heights long enough to place the familiar elements? The lights worked their charms, somehow muzzling anxiety’s shrieks. Up went the ladder. Up went the lights. Up went my limbs.

But not before I’d summoned the second of my amazing offspring, at the time old enough to make a phone call but too young to send up the menacing rungs in my place, stationing him in the front yard.

“Sure. Is this going to take long?”

“I hope not. Whatever you do, don’t come near the ladder. And don’t leave the front yard.”

Somehow, in spite of the sweaty palms and the near panic, I succeeded. No broken bones, ambulance sirens, or traumatized children included. The season of “Peace on Earth, Good Will to Men” would be celebrated in style another year.

We hear many times the admonition, “Don’t look down.” Or at least those of us who believe heights are made for creatures with wings. Or machines with wings and engines. We quote sayings like, “Things will look up.” We tend to associate “up” with “good” and “down” with bad. But sometimes it’s good to “Don’t look up.”

Like a few days ago. This time my feet weren’t engaged in a skirmish with aluminum treads stretching into the heavens. They were clasped onto pedals and locked into a clash with concrete. The little boy who had waited patiently for me to either finish the bulb escapade or fall onto the wimpy three-branch bush below wasn’t alongside to offer encouragement or even inquire about food. It was just me versus the hill ahead.

Hill being a relative term. The dark-haired youngster tasked with the 9-1-1 call so many years ago had since traversed thousands of miles across the United States on a bicycle, conquering the Rockies from Colorado to Canada. My little 10% grade was the equivalent of a bumpy pancake for him. But he wasn’t the one out this muggy Midwest morning trying to honor a commitment to exercise. And comparing my struggle to his wasn’t going to infuse my legs with any more energy than they already had. So, I decided, “Don’t look up.”

The angle was slight, but it still strained my muscles. I knew if I focused on the distance remaining before a terrific flat stretch or glorious downhill slope appeared, I’d be vanquished. So, I aimed my gaze just slightly ahead of the slow-as-molasses rotating front tire and determined to just keep going. 1, 2, 3, 4…just ten seconds. That’s all you have to do. Ten seconds at a time. …8, 9, 10. Great! Shift to a lower gear. Now, count. 1, 2, 3, … And then, with peeved joints but a pleased heart, I felt the strain lessen and the wheels spin faster. I could look up.

Sometimes we face ascents in life where our heart-ligaments howl, “I can’t do this.” Comparing our difficulties to others’ problems typically weighs us down with guilt and shame, sapping whatever strength we possess. Sometimes looking up and seeing hope waiting down the road pumps sufficient vitality into our souls to keep us moving forward. Sometimes, though, faith’s far-sightedness is obscured by sweat or tears, and it’s okay to lean into a near-sighted belief, “Just make it to ten.” The next minute. Hour. Day. Or season.

When breath becomes smooth again, then a person can look up and face the future. And sometimes, just sometimes, see resolution.

Like hooks, for example. The ones I placed on the frieze boards. Permanently. So, every year I can wield a long extension pole, placing the season’s indispensable message that Light has come, embodied in wires and petite glass lamps pulsating with electricity, with my feet on firm ground. No 9-1-1 attendant needed. No reminder to “Don’t look down.” Just looking up to view triumph.