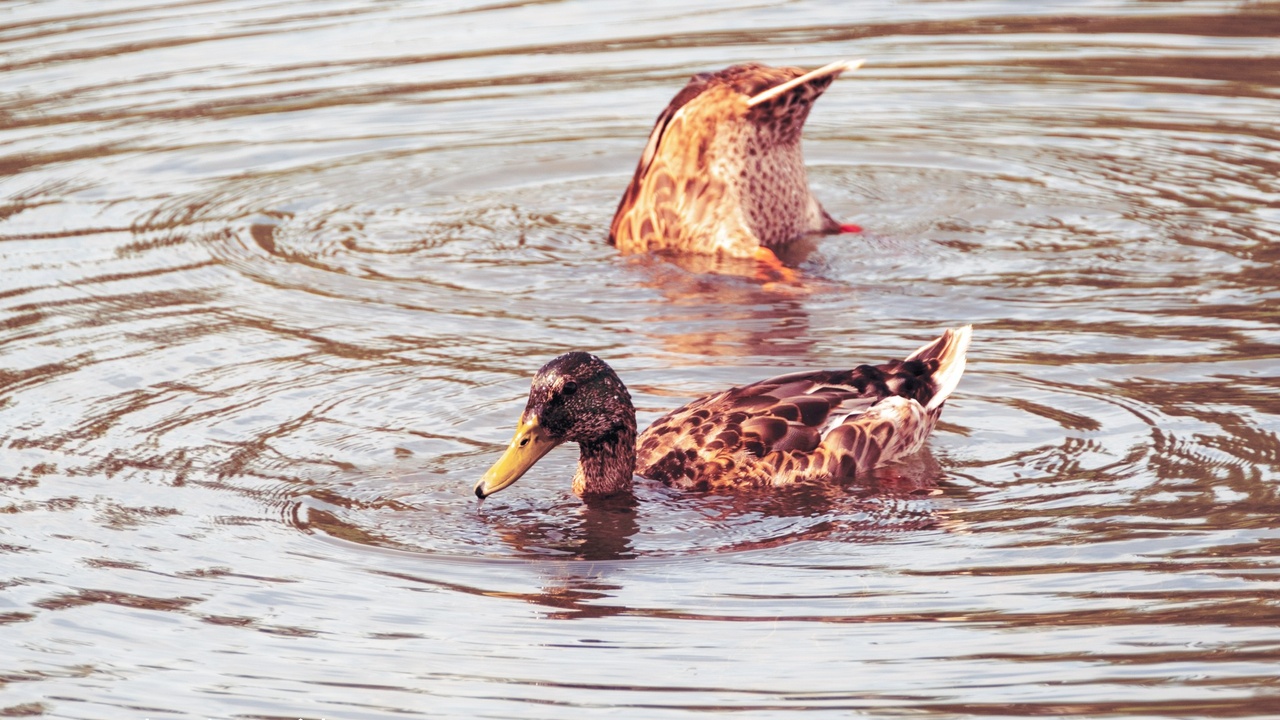 "They had no tail, but a head at each end, and sharp horns on each head. They were very shy and terribly hard to catch. The men get most of their animals by sneaking up behind them while they are not looking. But you could not do this with the pushmi-pullyu—because, no matter which way you came towards him, he was always facing you. And besides, only one half of him slept at a time. The other head was always awake—and watching. This was why they were never caught and never seen in zoos.”

This excerpt from Hugh Lofting's, The Story of Doctor Dolittle, describes us perfectly sometimes!

Do you ever feel like you have two heads? One clamoring, “Go left!” and the other arguing, “Go right!”?

That’s what the hunger for being understood is like. One side of our soul coaxes, “Know me!” The other hollers, “Go away.”

Many psychologists believe people have a greater need to be understood than to be loved.

Everyone thirsts to be known. Being ignored stings. We pine for our presence to matter. We chafe if our efforts are ignored and accomplishments disregarded. It’s a common human ache to feel, “No one understands me.” Yet fear accompanies this human yearning.

Everyone carries the question, “But what would they think if they really knew me?” One side pulls us towards being known and the other pushes us away. The need for understanding isn’t the same as the need to be liked.

It’s easier to be at peace during conflict if we at least feel understood.

It’s easy to confuse the God-given desire to be understood with the sin-driven demand for self-promotion. Yet genuine efforts to understand others and be understood by them increases gratitude and kindness.

It isn’t weakness which motivates our desire to be understood; it's our design!

If you spent over three years with someone – eating meals, taking long walks, going camping, having deep conversations – would you expect to be known? Would you be frustrated if after all this time your friend still didn’t know you? That’s exactly what happened with Jesus!

His disciples lived with him; they didn’t just visit for Sabbath dinners. They witnessed Jesus walking on water, turning one boy’s fish & biscuits into food for 5,000 with plenty of leftovers, and making blind people see. They watched him cast out demons, restore hearing to the deaf, and raise people from the dead. What more could they want?! Yet 3 ½ years wasn’t enough. At their final Passover together, Jesus is scrubbing their stinky, soiled feet, telling about his upcoming betrayal, and comforting them with promises about their destiny.

In John 14:7-9 we read, “’If you had known Me, you would have known My Father also; from now on you do know Him, and have seen Him.’ Philip said to Him, ‘Lord, show us the Father, and it is enough for us.’ Jesus said to him, ‘Have I been so long with you, and yet you still do not know me, Philip? Whoever has seen Me has seen the Father. How can you say, ‘Show us the Father’?” Can you hear the frustration? The sadness? It’s like Jesus is saying, “Really, guys? All this time, and you’re still not sure who I am?”

What’s especially interesting about Philip making this statement is that in John 1:45, he tells his buddy Nathanael, “We have found him of whom Moses in the Law and also the prophets write, Jesus of Nazareth, the son of Joseph.”

At the very beginning of Jesus’ ministry and Philip’s relationship with Jesus, it seems he recognized Jesus as the Christ, the Messiah, the Savior. Yet a few years later this same guy is questioning who Jesus is.

Jesus didn’t need his disciples to understand him to secure his identity or affirm his role as their leader and Lord. He knew how important it was for his companions to know who he was, and it saddened him when they still didn’t. If this wasn’t bad enough, a few hours later when Jesus was wrongly arrested and “tried” by the religious authorities, these guys abandoned him. Every single one.

Could it be part of their betrayal was tied to their not being absolutely convinced of who Jesus was?

Time and nearness aren’t enough to learn about a topic – or a person. You need presence, not just proximity; effort, not just interest; insight, not just information. Jesus invested his time, presence, and effort. Eventually the disciples (except for Judas) moved from information to insight, and their lives – and the world -- were transformed.

If you want to see yourself, your relationships, and your world changed, you’ll need the courage of vulnerability to be known and the courage of endurance to know others.

Knowledge is power. Knowing ourselves and being known by others hands us and them powerful tools, capable of being used for good or bad, for benefit or harm, for abusing or uplifting. It’s impossible to escape being hurt in this life by people we know … or thought we knew. Betrayal’s characterization of “being stabbed in the back” isn’t just because knife wounds inflict horrific pain and extensive internal damage; it requires someone to be close to you.

Trying to avoid the possibility of betrayal by staying distant from everyone is like amputating your leg to keep someone from shooting it.

Jesus modeled for us the necessity to live known and knowing others. He experienced betrayal by Judas and abandonment by every one of his closest friends when he was at his lowest point. Yet he still chose to live known. You can, too!