Have You Renounced Your Citizenship? 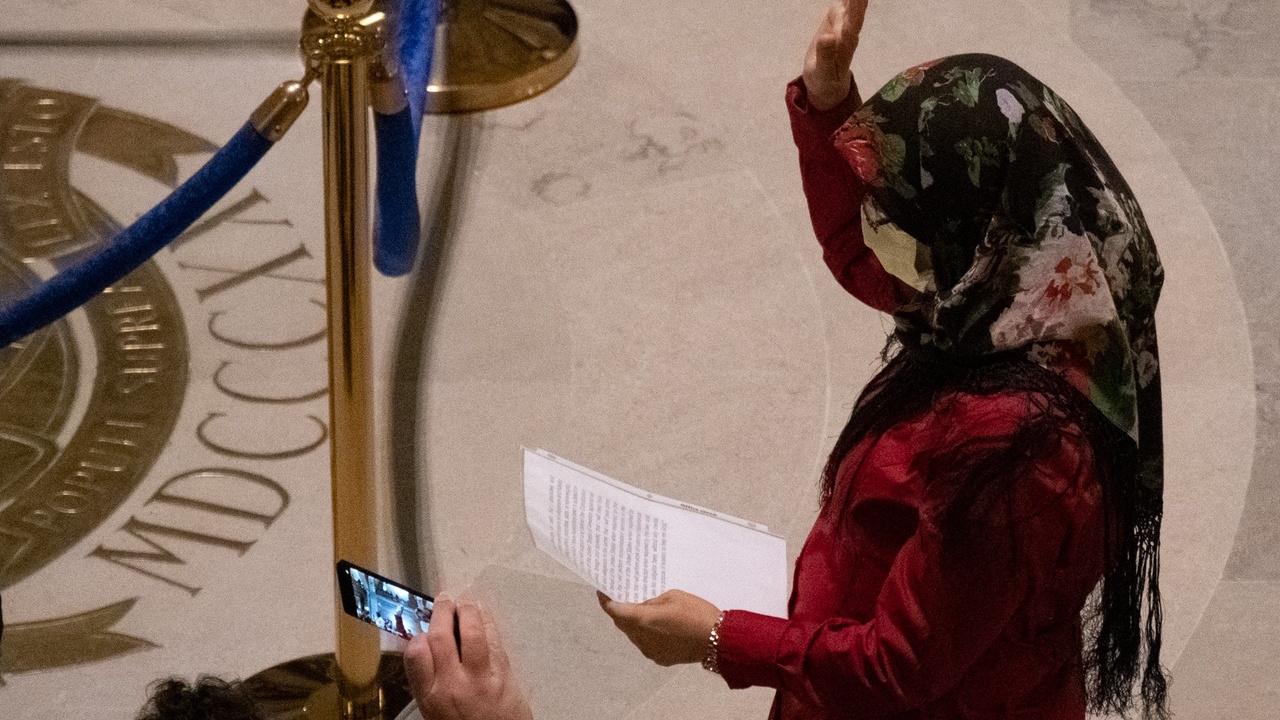 Solemn-faced officials stepped slowly down the aisles, scanning the crowd, ensuring those standing had their right hand raised and were repeating aloud the words the dignitary behind the podium delivered. Onlookers in folding chairs on the main floor and others leaning over the thick railing of the balconies of the state capitol encircling the rotunda observed in respectful silence. Then the ceremony ended, and claps and cheers, hugs and tears, smiles and whoops erupted. Young and old -- from countries all over the globe – had become citizens of the United States of America. I didn’t personally know a single individual, but tears still hung in my eyes.

Why do more people seek to come to live in the United States over any other country in the world?

Reasons abound: freedom from repressive governments, escape poverty, acquire an education, find work, obtain medical care, reunite with family. Of course, in large groups there will always be those with ill intent.

With the issue of immigration comes questions about rights and responsibilities. Who has rights to enter a country and what responsibilities do they have? Yet any benefit enjoyed by an individual or group of people not available to most is a privilege. What we may take for granted in the U.S. – traveling, accessing the Internet, choosing where to work – is not available around the world.

Even having a K-12 education – a right in the U.S. – isn’t available to everyone worldwide. Less than half the world’s nations guarantee the right to 12 years of schooling. Even then, students who attend school aren’t necessarily receiving an education because of the lack of teachers, supplies, and family support.

Imagine living in a country where only 1 in 4 people can read or write.

Today in the U.S., we celebrate “Memorial Day.” A time to honor those who fought or perished in wars dating back to the “Civil War” or “War Between the States.” The freedoms and values these wars gained or protected don’t remain because the U.S. “is.”

There’s nothing inherent in our geography or economy or system of government that guarantees freedom. Freedom of thought. Freedom to learn. Freedom to worship. Freedom to work, to travel, to buy, to sell, to marry, to have children, to own property, to participate in government.

It’s only because of beliefs about people’s “inalienable rights” and, therefore, undeniable responsibilities, for which countless individuals have been willing to shed blood.

SHOULD BELIEFS CHANGE, SO WILL LIBERTIES.

Have you ever thought of your citizenship as a sacred trust? In the U.S., the Constitution codified into law certain “rights.” I’m incredibly grateful these weren’t labeled by the founders as “privileges” granted by the government. However, from a global perspective, these rights are luxuries. Does this matter for a Christian whose “home is not this world?” While our final home is not a country as it exists today, we’re still supposed to be “about the Father’s business” while we’re here. Everything we have – including our citizenship – is to be stewarded with gratitude. For citizens of the United States, it’s the equivalent of being handed “five talents” like the servant in Matthew 25:15.

Loving God with our citizenship means more than voting, running for political office, hosting a barbecue on Memorial Day, or shooting fireworks on July 4th.

We must employ every freedom we possess to further the Kingdom of God.

The Apostle Paul used his citizenship on more than one occasion to aid him in his ministry. In Acts 22:25-29, Paul was about to be flogged. This wasn’t a new experience for him, and he had no wish to repeat it. Therefore, he invoked his right as a citizen of Rome, and was spared the beating. Suffering unnecessarily isn’t our calling as a disciple of Christ. On another occasion, Paul appealed to Caesar to gain traction on his legal situation which had kept him under house arrest (Acts 25:11). Acts 21:39 records how he invoked his Jewish nationality and being a resident of Tarsus – a prominent city, to open the door for him to preach. Roman citizenship afforded him traveling privileges which he took full advantage of!

Being as “citizen of heaven” doesn’t require or excuse us to effectively “denounce” our earthly citizenship.

Rather, it changes our perspective, so we don’t see it as a license to live for ourselves but to share the “good news” of “great joy” to “all people.” Ambassadors to foreign countries must first be fully engaged citizens of their own. As Christians, we are eternity’s ambassadors. Loving God with all our strength includes picking up the tools we have available to advance his kingdom – and this includes our citizenship.