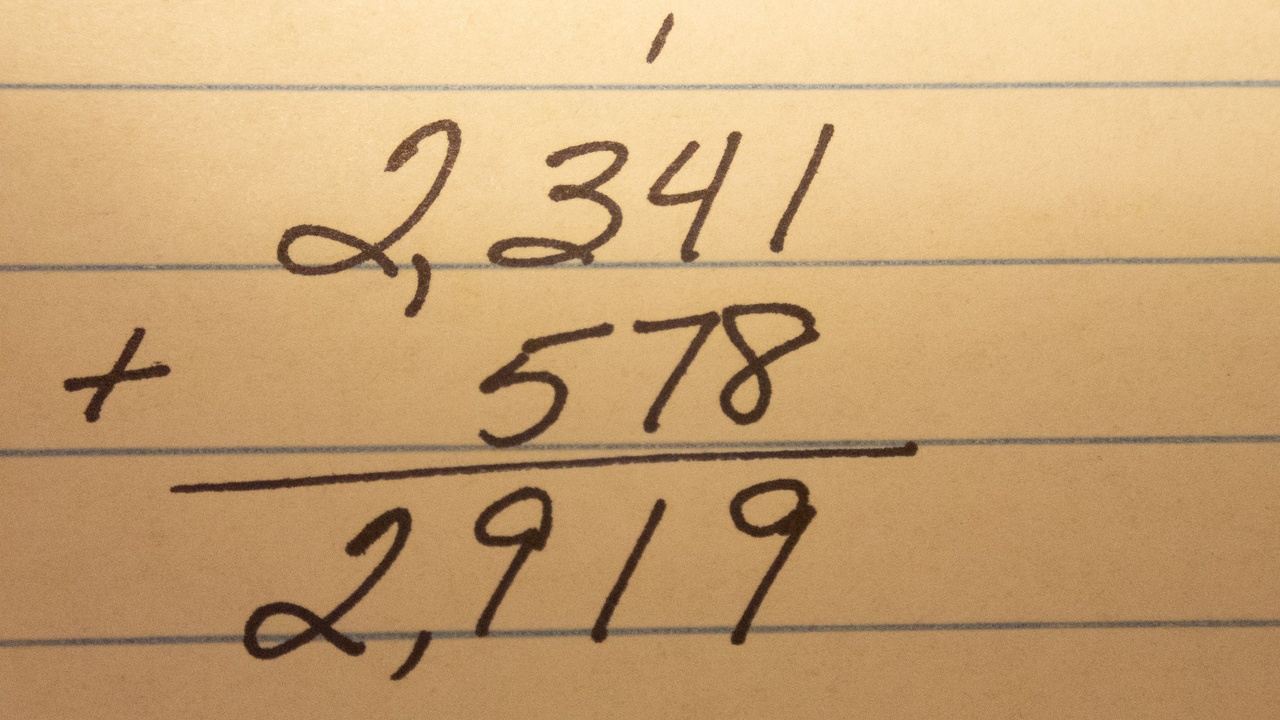 Remember learning basic math? How a “5” in the one’s column had less value than the exact same digit in the “hundreds” column. Why? Place determined value! Numerals can teach life principles in addition to math rules.

In 1930 an infant was born in Mississippi whose mother died seven months later. Abandoned by his father, he was raised by relatives. At age 17, after his brother was shot and killed by a police officer, his family urged him to move away, fearing he might also be in danger. He relocated to California, vowing to never return to his place of birth.

At age 27 he became a Christian. He returned to his home state with his family, committed to sharing the Gospel. He led civil rights initiatives -- for which he was nearly beaten to death -- and began countless programs to help the poor, the suffering, the neglected, and the uneducated. This third-grade dropout went on to earn 16 honorary doctorate degrees and became a minister, author, speaker, and Presidential advisor. His impact has been worldwide, although he has never been “famous.” John M. Perkins determined – again and again – his work mattered, and he would carve out a place not just for himself but for others.

Dr. Perkins was a generational “influencer.” He didn’t “find” ready-made places. He fought to create them, believing Christianity wasn’t a set of theological beliefs but a way of life creating places for others and helping the most vulnerable achieve their purposes. His life is a powerful reminder place and purpose aren’t about getting but giving.

Figuring out our places takes work. You’re experienced with this process. You’ve calculated where you fit into your family; at church; with friends; at work; and more. This process continues throughout life. Too often people default to choosing places – homes, jobs, churches, towns, relationships – because of limiting beliefs, to meet others’ expectations – high or low -- to earn praise, acquire fame or wealth, or please peers.

Our places and purposes are indivisible.

Do you know what the first two jobs were? Horticulturist and Animal-Namer. Sorry techies! God planted a gorgeous botanical garden brimming with trees, inspiring awe by their beauty and satisfying Adam’s appetite with their luscious fruit. Refreshing, glittering, translucent water glided, swirled, and tumbled along silvery banks, nourishing this forest. With an entire planet open, God placed Adam in this specific location. Genesis 2:8-10 records, “And the Lord God planted a garden in Eden, in the east, and there he put the man whom he had formed. And out of the ground the Lord God made to spring up every tree that is pleasant to the sight and good for food. The tree of life was in the midst of the garden, and the tree of the knowledge of good and evil. A river flowed out of Eden to water the garden, and there it divided and became four rivers.”

Our places matter. God could have said, “Adam, there’s an entire planet here. Start walking.” But God gave him a spot. There’s something about having a “place” that provides security. Refugees are “displaced” persons. Place establishes boundaries, respect, and ownership. In John 14, Jesus has just told his disciples he’ll be leaving soon. They don’t consider this good news. They review their notes and become distressed as this isn’t on their Let’s-Follow-Jesus agenda. He comforts them with this reminder in verse 2: “In my Father’s house are many rooms. If it were not so, would I have told you that I go to prepare a place for you?”

Not only was Adam given a place in the Garden of Eden, he was employed in his first two jobs! Genesis 2:15, 19 details, “The Lord God took the man and put him in the garden of Eden to work it and keep it. … Now out of the ground the Lord God had formed every beast of the field and every bird of the heavens and brought them to the man to see what he would call them. And whatever the man called every living creature, that was its name.” No background check. No drug test. No references. Not even an interview! Just two positions: Garden Keeper and Animal Namer.

Work was not a punishment God inflicted after Adam & Eve disobeyed. It was a blessing he bestowed to participate in caring for his creation. Work was about thriving and abundance. After sin work became about survival and scarcity – having to deal with death, weeds, and disease -- but this change obscures, not abolishes, the significance and necessity of work. The idea of heaven as folks floating around strumming golden harps on fluffy white clouds bores people (unless they’re harpists or meteorologists) because an eternity of “nothing to do!” contradicts our nature. God is active, and being crafted in His image, He intends for people to be the same. God seeks to redeem all things, and this includes calling us to participate with him in His purposes. Work isn’t the only measure of our purpose, and it can become a distraction or even an idol. Yet this possibility should be a “Caution” signal, not a “Stop” sign.

“Place value” isn’t restricted to math. It will add to or subtract from our purposes.

Place relates to both our geographical locations – country, state, province, town, home, job site – and our relational places. As an amateur home designer, the power of our dwellings have a profound impact on us. It’s important to pay attention to these places and investigate their impact on our thoughts and lifestyle. Too often people conform their lifestyles to their homes rather than modify their living quarters to achieve engaging with others or Creation to fulfill these needs.

We also occupy invisible places. Are you the one who “brings the party?” That’s a place. Are you the “quiet listener,” the “rally the troops,” or the “spoil-sport?” We name these intangible places just as we label the rooms in a house. “Nerd,” “foodie,” “athlete,” “fashionista,” “worrier.” Just as we don’t install dishwashers in family rooms but in kitchens as “that’s the place where dishes are cleaned,” so we assign or accept places to ourselves and others according to the purposes they’re supposed to fill.

Our places impact our purpose, and our purpose impacts our places. Evaluating our places, both geographically and relationally, and assessing how these are impacting our purposes may mean tidying-up or renting a U-Haul, figuratively or literally.

Prioritize your purposes and find your places.