What’d You Call Me? 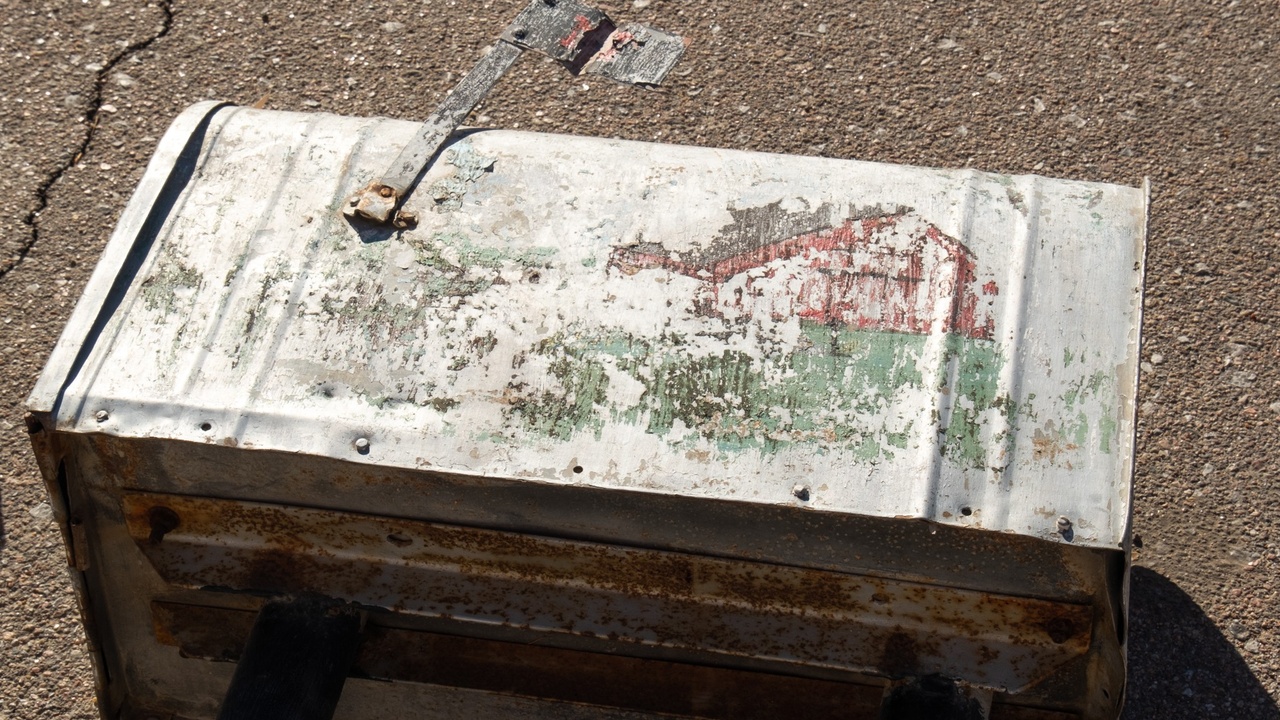 I owe my name to the U.S. Postal Service.

A month premature at a time that meant a low probability of survival, I spent the first two weeks of life in a hospital incubator. When I was finally released to go home, I was sent home nameless. Yes, this was against hospital policy, but my parents couldn’t agree on a name. They were instructed to complete the necessary paperwork and return it by mail. (This was pre-Internet, so the only mail was “snail mail.”) Thus, the simple box on a post at the end of a gravel driveway bordered on one side by a giant lilac bush and a row of hedge trees on the other became Command Post Central in the Battle of the Name.

My mother would write her chosen name on the paperwork, tuck it into the envelope, seal it, and carry it to the mailbox. My father, after returning from work, would retrieve this item from the mailbox, mark out my mother’s selection and replace it with the name he wanted, reseal the paper carrier, and slide it into the metal box. How long this name battle waged on, no one quite remembers. But eventually the mail carrier’s vehicle bumped along the gravel country road, retrieved the envelope, slung it into the mailbag, and puttered forward, oblivious to his role of simultaneously deciding defeat and victory. My father triumphed.

Whoever composed the adage, “Sticks and stones may break my bones, but words will never hurt me” lied.

Words can wound – deeply. Ever been called a mean name? Had someone label you with a nickname which stung, even if you joined the laughter accompanying the bestowing of this moniker?

Throughout history conquerors assigned new names to the defeated, a constant reminder of their defeat and a declaration “This is who you are now.” Tyrants have dehumanized people by reducing them to numbers to shred every characteristic affirming their humanity. Daniel and his three buddies in the Old Testament were assigned Babylonian names to erase their Jewish heritage. Nazi concentration camps stripped people of their names and tattooed them with numbers.

Even today groups lobby for and against changing the names of sports teams, towns, rivers, mountain ranges, and national parks. Businesses may spend thousands to millions of dollars in naming a product, a brand, or a domain.

God established the power of names by changing those of a few people in the Bible. Abram became Abraham, Sarai changed to Sarah, and after a wrestling match with God, Jacob winds up with a limp and a new name, Israel.

Names aren’t a human invention; they began with God.

“Adam” connects to the Hebrew word for earth, “adama.” God formed Adam from the dust of the earth. This signifies both a lowliness – we typically don’t value dust unless it’s gold dust – and tremendous potential – great trees and innumerable types of plants grow from dirt. There’s not a specific verse which records, “God named the man Adam.” It’s inferred.

However, we are privy to the double-naming of the first woman. Adam calls her “Woman” upon first sight (see Genesis 2:23) and later calls her “Eve” which means “Life-giver.” This may seem like “big deal,” until you realize the timing of this second naming. It was after Eve and Adam had disobeyed God by eating of the Tree of the Knowledge of Good and Evil. They’re disgraced. Fearful. Ashamed. Divided. Adam’s initial response to God’s calling him to account was to play the “Let’s Blame Her” game (Genesis 3:12, “…she gave me fruit of the tree, and I ate.” And just for good measure, he blamed God (“The woman whom you gave to be with me…”)

Yet after God had confronted all parties involved – Adam, Eve, and the serpent, Adam didn’t continue his verbal mudslinging. He could have called her “Death-bringer” or “Sinner” or “Ruiner of Perfection” or “Paradise Wrecker.” Instead, Adam chose a name of honor and grace, focusing on the wonderful ability she had to bring life into the world.

It’s not only the name you received at birth which imprints you. It’s also the names you give yourself and accept from others. In the Book of Judges, chapter 6, Gideon’s story infers the name he’d given himself was “Wimp Man.” In verse 12 we read, “And the angel of the Lord appeared to him and said to him, ‘The Lord is with you, O mighty man of valor.’” Pretty awesome greeting! In verse 14, the angel continues, “And the Lord turned to him and said, ‘Go in this might of yours and save Israel from the hand of Midian.’”

The Midianites were agricultural terrorists, sweeping in and destroying or stealing the Israelite’s crops. This meant starvation, not applying for food stamps. Remember, Gideon’s not talking to a friend or neighbor or sibling. He’s dialoging with an angel from Heaven. Yet he replies, “…I am the least in my father’s house.” He then sets up tests for this angel to see if his “Yoo hoo, Mr. Mighty. Yeah, I’m talking to you” proclamations were accurate. When a person has worn a name for a long time, it takes work to replace it with a new one. You’ll have to read the rest of the story in chapters 6 & 7 to see if Mr. Wimp transformed into Mr. Mighty Man of Valor or not.

Intrinsic may not be a word in your everyday vocabulary. After all, it ranks as 7,774th in audience familiarity. Its definition is “belonging to a thing by its very nature.” Huh?! It simply means something’s value is because of its design. Not due to its usefulness, abilities, beauty, productivity, popularity, or minimal bid price on E-Bay. It just is.
Your birth name doesn’t give you dignity. It affirms it. The names you give yourself or accept from others should also proclaim your value simply because you and they exist. It’s not about performance, looks, thoughts, feelings, or belonging. Yes, everyone needs salvation to become restored in a right relationship with God and become fully and eternally alive.

Dignity is not dependent on right theology or redemption.

Evil seeks to destroy everything God established, and this includes the truth significance is intrinsic in every person. Building from the previous posts: Sin mars the image of God present within every person; it doesn’t, however, eliminate it.
Likewise, the names we give others should be gracious and life-affirming.

Remember the first man? If anyone had “justification” to name his sin-mate “Mrs. Forever Disaster,” it was Adam. But he didn’t. It seems he appreciated the grace God had shown to him and decided to pass it on to his wife.

In the same way, others will disappoint, hurt, and even betray you. It’s easy to react by naming them, quietly or aloud, “Idiot!” “Stupid!” “Jerk!” or even worse. Even less harsh nicknames can belittle a person. “Big ears.” “Drama Queen.” “Airhead.” “Sports Jock.”

God established names and prioritizes them throughout the Old and New Testaments. Although intangible, they’re not insignificant. Let’s show as much regard for them as God does.