What's Hiding in Your Wallet? 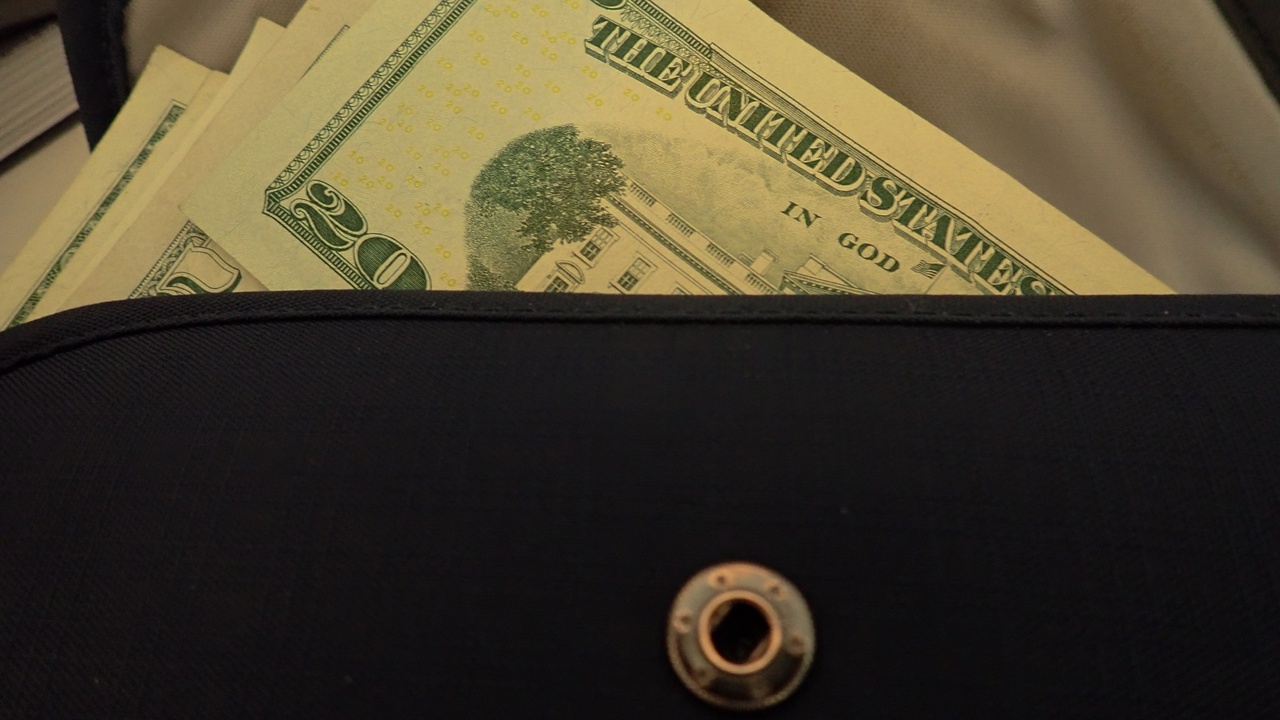 It's easy for people of faith (me included) to hear about Bible teachings on money as yada, yada, yada. "For where your treasure is, there will your heart be also." Yawn. "Retail therapy." Yeah!

But just like the person living next to the railroad tracks eventually becomes so accustomed to the train's roar that the brain no longer consciously registers it, so we must be careful to not lose our ability to hear, and act upon, truth.

Whether money is cold hard cash, cryptocurrency, or digits on a screen, it all represents power. The ability to buy, to sell, to pay, to earn, to give. Control someone’s ability to earn, spend, invest, or donate their money, and you’ll exert power over every aspect of their life.

What gives dollar bills their worth? The 1914 Federal Reserve Act required the U.S. government to have 40 cents worth of gold reserves for every $1.00 paper bill. Until 1933, laws allowed creditors the right to demand payment in gold. Many currencies around the world were based on gold as governments could make loans or receive payments in actual gold.

However, during the Great Depression, because of so many bank failures, people began hoarding gold. This limited the gold supply available to the U.S. government, thereby limiting the amount of dollar bills it could print. President F.D. Roosevelt issued an executive order requiring all U.S. citizens turn in their gold in exchange for paper money by May 1st. People were paid $20.67 per ounce. Many folks weren’t happy about this and fought it in the courts, eventually losing. One year later gold’s value was set at $35 per ounce.

Private ownership of gold was outlawed until 1977. Unless you were a dentist! Then you could own up to 100 ounces. This was because gold was often used for fillings or other dental work. In 1971, the U.S. gave up the “gold standard” meaning there was no longer a requirement a physical quantity of gold had to be held in reserves for the paper money which was printed. Today, the value of money isn’t tied to any physical item; it’s trust in the U.S. government.

In the Bible there are about 500 verses each on the topics of faith and prayer. Faith and prayer are definitely important to those who love Christ. After all, Hebrews 11:6 tells us it’s impossible to please God unless we have faith. And Jesus taught by his example that regular prayer was critical. Therefore, you might reasonably guess there are about 500 Bible verses about money. And you’d be wrong. Multiply that 500 by 4 and add 350. Yep, there are about 2,350 verses in Scripture about money. Must be important!

In Deuteronomy 8:7-10, God details how he’s going to prosper Israel. They’re going to enjoy fertile agricultural fields, abundant water, metals to mine – including gold and silver, secure houses, numerous animals, and a bounty of delicious food. Then verse 17 cautions, “Beware lest you say in your heart, ‘My power and the might of my hand have gotten me this wealth.’” Throughout the Old and New Testaments there are numerous warnings about the same issues with money: Loving it more than God; using it to oppress others; equating it with worth; accumulating it through evil means.

1 Timothy 6:10 relates, “For the love of money is a root of all kinds of evils. It is through this craving that some have wandered away from the faith and pierced themselves with many pangs.” Wow! The root of a plant is what nourishes the parts we see and anchors it during storms. These words relate that craving money grows many kinds of evil – even to the extent of leaving Christ. These folks imagine their pursuit will end with praise and rose petals heaped on them, but it turns out to be like stabbing oneself with honey locust thorns.

That doesn’t sound like a pleasant outcome, so what’s the alternative? We’re not to be motivated by greed or fear; rather, by gratitude and faithfulness. Deuteronomy 8:18 instructs, “You shall remember the LORD your God, for it is he who gives you power to get wealth, that he may confirm his covenant that he swore to your fathers, as it is this day.” When we see not only money, but the very capacity to earn and manage it, as an ability from God, our attitude changes. Just as the natural resources of Earth are entrusted to us to utilize for God’s glory, so are our natural abilities.

And we’re expected to put these to work. Proverbs 10:4 instructs, “A slack hand causes poverty, but the hand of the diligent makes rich.” Proverbs 6:6 is direct: “Go to the ant, O sluggard; consider her ways, and be wise.” In other words, get off the couch, turn off the screens, and get to work! Proverbs 8:20 states, “A faithful man will abound with blessings, but whoever hastens to be rich will not go unpunished.”

Our goal isn’t poverty or riches; it’s faithfulness. Jesus illustrates this beautifully with the story recorded in Matthew 25:14-30. Servants are entrusted with their boss’s financial investments while he takes a long trip. Upon returning, the servants are summoned and asked for an update. Those who had wisely invested his money were rewarded. The one who buried the money was condemned. Pretty harshly in fact.

In the Parable of the Ten Talents the servants’ character is revealed. Two had integrity. Did they feel confident, overwhelmed, or both? We don’t know. Did they have previous experience with this type of assignment? We’re not told. With no guarantee of success or promise of a promotion, they got to work. Their attitude was “The buck stops here.” It’s possible they experienced setbacks along the way and tried some investments that failed. In the end, however, they doubled the boss’s shares they were in charge of.

The third servant had an attitude problem. Not aptitude. Accepting the talent entrusted to him implied he understood the job and would fulfill it. Was he jealous he hadn’t received more? We’re not sure. Even a minimal effort would be to invest the talent with the bankers and earn interest. But he wanted to hurt the boss – to cause him to lose money. While he claims to be afraid -- which sounds more like an excuse than genuine fear – his actions and words demonstrate it’s not fear he’s harboring, but resentment. Resentment is entitlement's constant companion.

Stewarding money is about aiding the poor, but it's also about divesting the heart of avarice, selfishness, and self-exaltation and investing in a heart of worship, gratitude, and thankfulness.