What Do You, Play-Doh’s® Creators, and the B&O Team Have in Common? 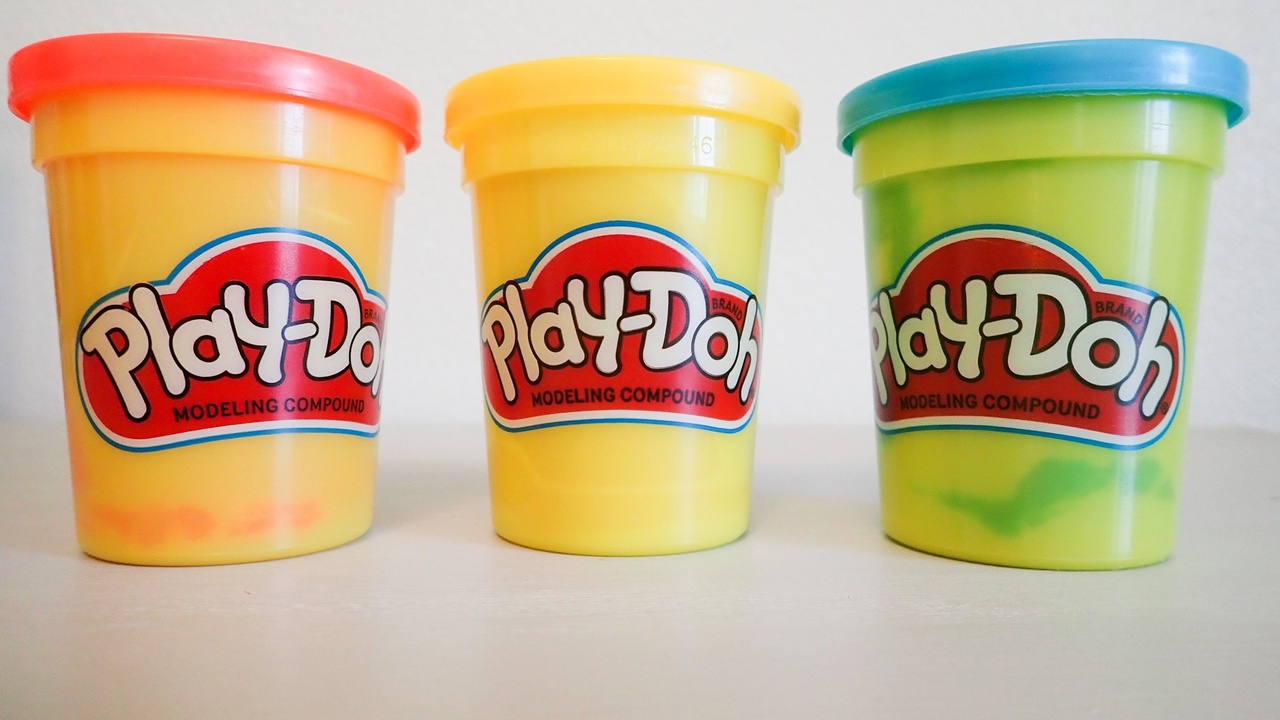 Ever heard someone say (maybe you?), “I’m not creative!”? Au contraire! Genesis 1:1 doesn’t record, “In the beginning God loved…” but “In the beginning God created!” The first thing God tells us about himself is that he’s a creator. And being made in his image, that makes you a creative being too!

Starting in 2013, as Internet-based social media platform usage soared and “smart” cell phones became standard household items, the term “creative” or “creator” began showing up everywhere. The upside was people began to expand their ideas about what constituted creativity. The downside was having even more people to compare oneself against! But creativity isn’t a zero-sum game. (Where one side wins and the other loses.) It’s an infinite game – everyone can win!

How frustrating it is we so often package “creativity” in such tiny boxes. If someone paints a beautiful picture or composes an awesome song, we say, “They’re so creative.” Writers, choreographers, home decorators – they qualify for the “creative” award, but designing a bridge? Keeping a toddler occupied? Fixing a car engine? Baking a delicious cake? These are all acts of creativity!

Never again should you utter, “I’m not creative!” That’s denying what God declared about you.

God’s not stingy. Often we’re our own Scrooge, allowing ourselves a pittance of creativity.

Instead, seek to discover and develop creative abilities. They’re there. They may be known to you or may be like hidden treasure; either way they’re present for a purpose. Employing our creative abilities glorifies God and allows us to serve others.

A creative mindset is responsible for the immeasurable joy a squishy substance known as Play-Doh® has brought to children.

In the 1920’s Kutol, a maker of powdered hand soap, was about to go under. Cleo McVicker, age 21, was responsible for selling the remainder of the company’s assets, after which the business would close forever. However, Cleo managed to sell the remaining products and make a profit, keeping Kutol afloat, but just barely.

About ten years later Cleo was asked by representatives of the Kroger grocery store chain if he could provide wallpaper cleaner. Wallpaper decorated many homes which were heated by coal, causing soot to accumulate on the wallpaper. This couldn’t be washed off with soap and water. Cleo said, “Yes!” and promised to deliver 15,000 cases by a set date.

If Kutol didn’t come through, they’d have to pay a steep penalty – which they didn’t have. The missing item in this agreement was Kutol didn’t make wallpaper cleaner – or even know how.

Cleo’s brother, Noah, got busy and figured out a way to make the cleaner. Whew! For another decade the company thrived selling this product. And then, oil and gas furnaces began to replace coal-fired heaters, and soot no longer soaked into the wallpaper, significantly reducing the need for the cleaner. When vinyl wallpaper entered the scene, the cleaner became obsolete. What to do now?

Enter another family member. This woman operated a nursery school and needed cheap materials for the children. She thought about the wallpaper cleaner, a paste, and experimented with it for her students. The kids loved it!

Kutol removed the detergent in the cleaner, added coloring, an almond scent, and walla – Play-Doh® was born!

Cleo, Noah, and others connected to Kutol chose to pivot instead of panic.

Not just once, but multiple times. They considered themselves capable and creative: able to repurpose what they had at their disposal.

Creativity isn’t a trait some people have and others don’t. It’s a perspective. A recognition of one’s abilities. A skill set capable of being improved and expanded. You can adopt the same mindset!

Introducing the B & O Team!

You’ve likely heard of Moses. How about Bezalel and Oholiab? Probably not. Yet they qualified for mention by name in the Bible. Why? Because they were skilled craftsmen. Exodus 35:30-36:1 introduces them. “Then Moses said to the people of Israel, ‘See, the Lord has called by name Bezalel the son of Uri, son of Hur, of the tribe of Judah; and he has filled him with the Spirit of God, with skill, with intelligence, with knowledge, and with all craftsmanship, to devise artistic designs, to work in gold and silver and bronze, in cutting stones for setting, and in carving wood, for work in every skilled craft. And he has inspired him to teach, both him and Oholiab the son of Ahisamach of the tribe of Dan. He has filled them with skill to do every sort of work done by an engraver or by a designer or by an embroiderer in blue and purple and scarlet yarns and fine twined linen, or by a weaver—by any sort of workman or skilled designer. Bezelel and Oholiab and every craftsman in whom the Lord has put skill and intelligence to know how to do any work in the construction of the sanctuary shall work in accordance with all that the Lord commanded.”

These men could handle wood, precious stones and metals, and fabric. Like a master carpenter, fashion stylist, award-winning architect, and jewelry designer all rolled into one.

These two men hadn’t become skilled because God miraculously zapped them with knowledge and ability. They had honed their crafts – growing what God had seeded into them.

Their skill led the building of the tabernacle – the most important place for the Israelites. When they had completed their assignment, God’s presence entered into this man-made place with such power that even Moses – the man whom God had passed by on Mt. Sinai – couldn’t enter.

You're not just created; you're creative.

Believing that you’ve been created by God isn’t the same as believing you’re creative.

Do you know there’s nothing that evil creates? It only distorts, demolishes, and destroys what’s already been created.

One tactic our spiritual enemy employs is to get us to deny or diminish our creativity so we never develop our abilities or to distort our skills using them against God’s principles and purposes.

From the earliest archeological discoveries of drawings carved on cave walls to today’s YouTube wanna-be singing sensastions, it’s evident people are hardwired to create. It’s not if you are creative; it’s only how and how well. Don’t prematurely limit yourself. Don’t let a bad experience scare you away from a possible interest.

Many people discover new creative avenues throughout their entire life. It’s not unheard of that folks post-retirement discover a love for dance, painting, cooking, or writing poetry. To fully reflect the image of God (Imago Dei) within you, be open to finding creative expression in varied areas.

Like Bezalel and Oholiab (let’s call them Buzz and Oly for short), you never know how or when God will show up in your creative endeavors in a powerful way!